Transaction activity on Tornado Cash increased between Monday and Tuesday despite US government sanctions.

On Monday, the US Treasury sanctioned the cryptocurrency mixing service, which allows users to obscure their transaction history. Tornado Cash and 44 associated Ethereum and USDC wallets were add to the Treasury’s Specially Designated Nationals (SDN) list.

The SDN list prohibits US persons and firms looking to operate in the US from making financial interactions with designated entities. In spite of this, users have continued to use the platform, as transaction volume increased between Monday and Tuesday (although remained lower than on previous days). 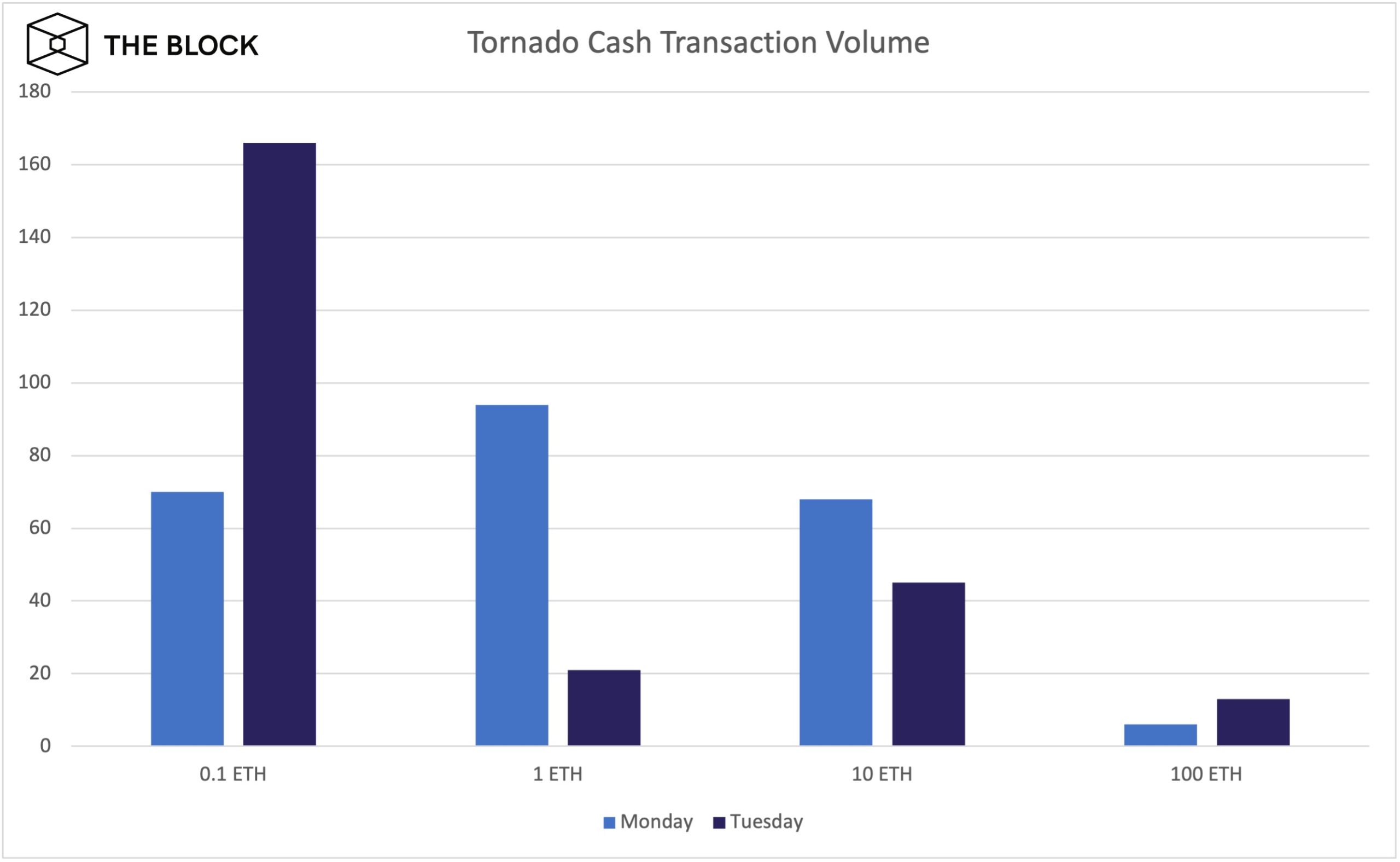 On Monday, transaction volumes on Tornado Cash reached $2.45 million with most transactions involving 1 or more ether (ETH). Transaction volume climbed to $2.99 million on Tuesday, as more users sent amounts of 0.1 ether through the smart contract. Mixing services split up amounts of cryptocurrency into specific accounts, making it easier to mix all the money around without leaving a trail. 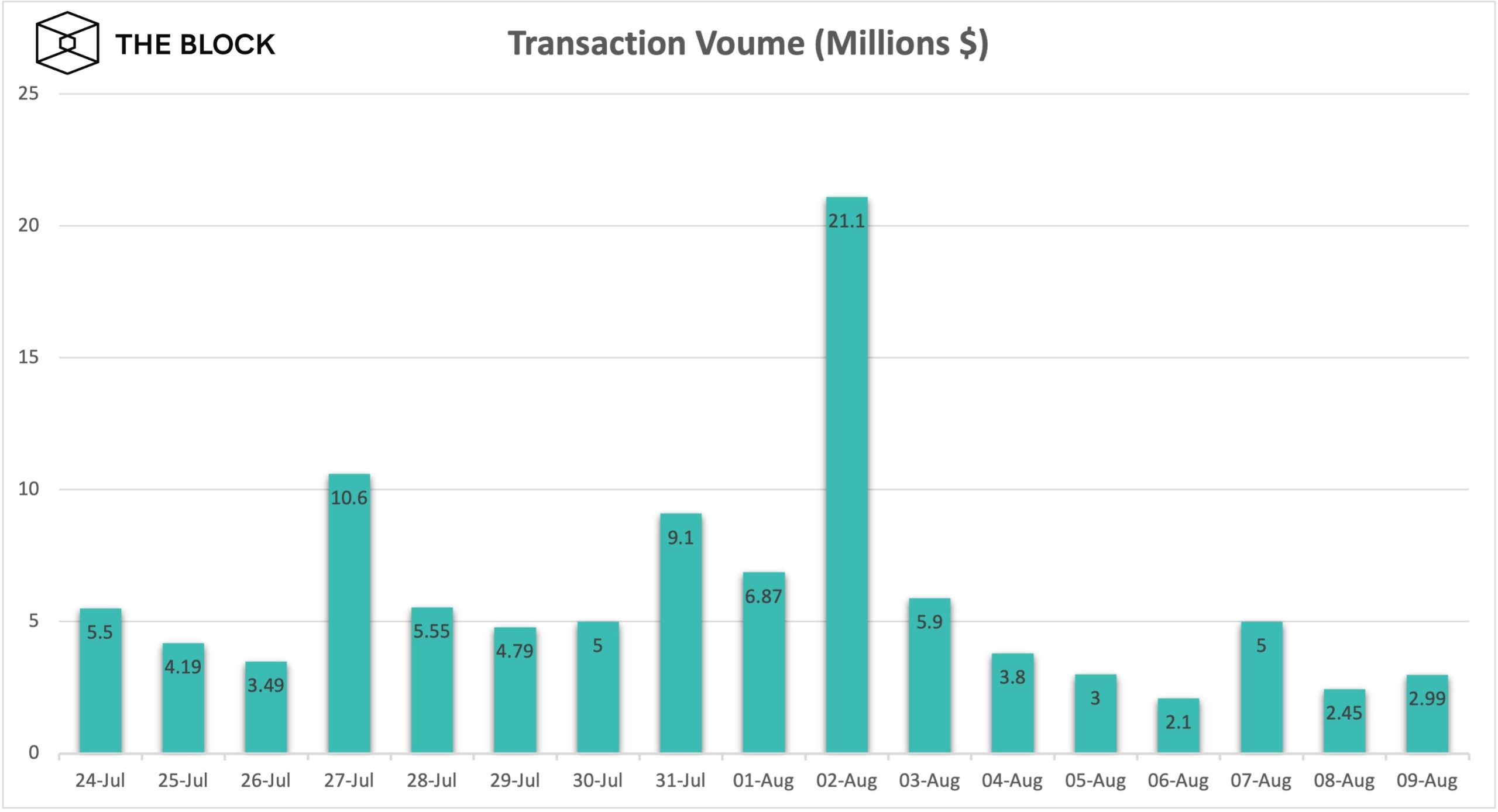 The increase in smaller transactions may be linked to a protest over sanctions involving a user sending small amounts of ether to well-known crypto individuals and celebrities. Those targeted by the wallet dusting on Tuesday included names like Coinbase CEO Brian Armstrong, late-night TV’s Jimmy Fallon, YouTuber Logan Paul and basketball star Shaq.

Beyond the Ethereum wallet dusting, larger transactions also saw a significant uptick in volume, with 100 ether transactions increasing from six on Monday to thirteen on Tuesday.