Crypto exchange Coinbase is analyzing the impact that scaling solutions could have on the Ethereum (ETH) blockchain.

“The future of L2s could very well be a zero-sum game, as whichever L2 houses the majority of decentralized applications could one day power the entirety of the Ethereum ecosystem. That suggests that L2s could eventually divert revenue away from Ethereum itself.”

Coinbase says that over the past 12 months, scaling solutions such as Polygon (MATIC), Optimism (OP) and Arbitrum have generated less than one percent of the revenue that Ethereum pulled in.

“Over the last 12 months, Token Terminal has reported that Ethereum has earned $9.971 billion in total revenue compared to an aggregate of only approximately $78 million on Arbitrum, Polygon and Optimism.” 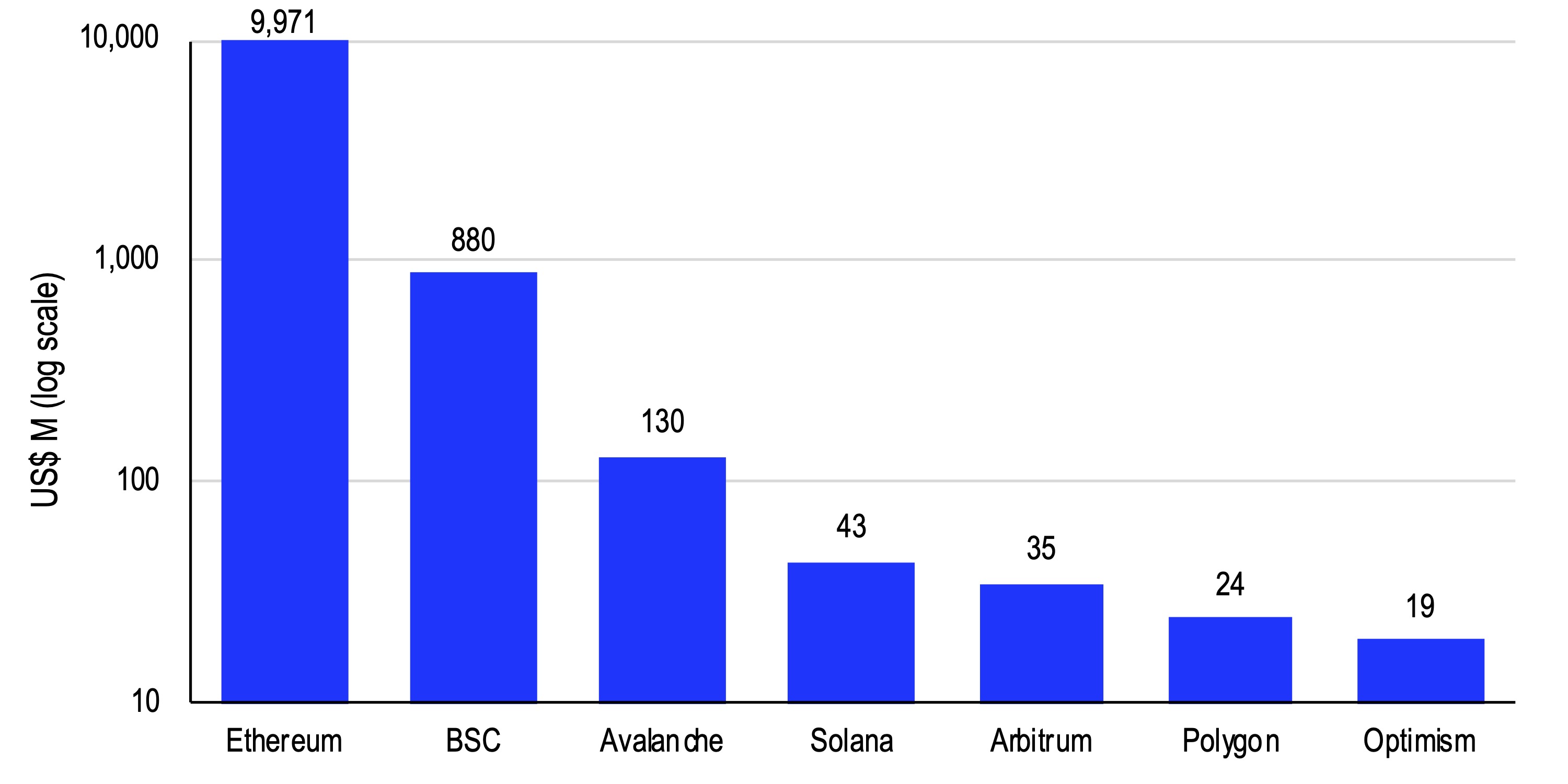 The crypto exchange says that once Ethereum transitions to a proof-of-stake (PoS) consensus mechanism, the scaling solutions will potentially cause a decline in the staking yields and this could negatively impact the price of ETH.

“If more user activity migrates to L2s and those L2s require their own tokens to facilitate transactions, that could potentially reduce the staking yields to validators who will earn less on those net transaction fees. If that discourages staking on the platform, that could increase the size of the ETH liquid circulating supply, possibly hurting ETH prices.”

Coinbase, however, says that scaling solutions could in the long run benefit Ethereum as they will increase network activity.

“Also the impact of L2s eating into Ethereum’s revenues could be a short-term phenomenon. Over the long run, revenues depend on greater activity in the overall crypto ecosystem as well as whether Ethereum becomes the dominant universal (or general use) blockchain.

If L2s facilitate more transactions by making them cheaper, faster and easier, the initial revenue impact could be mitigated by the increased activity that eventually takes place on the network.”