Shiba inu remained close to a three-month high to start the week, after breaking out of a key resistance level over the weekend. The surge of the meme coin came despite the crypto market mostly being in the red on Monday. Another token that rose during today’s bearish session was unus sed leo, which hit a two-week high.

Shiba inu (SHIB) was a notable gainer to start the week, as the meme coin remained near to a three-month high. 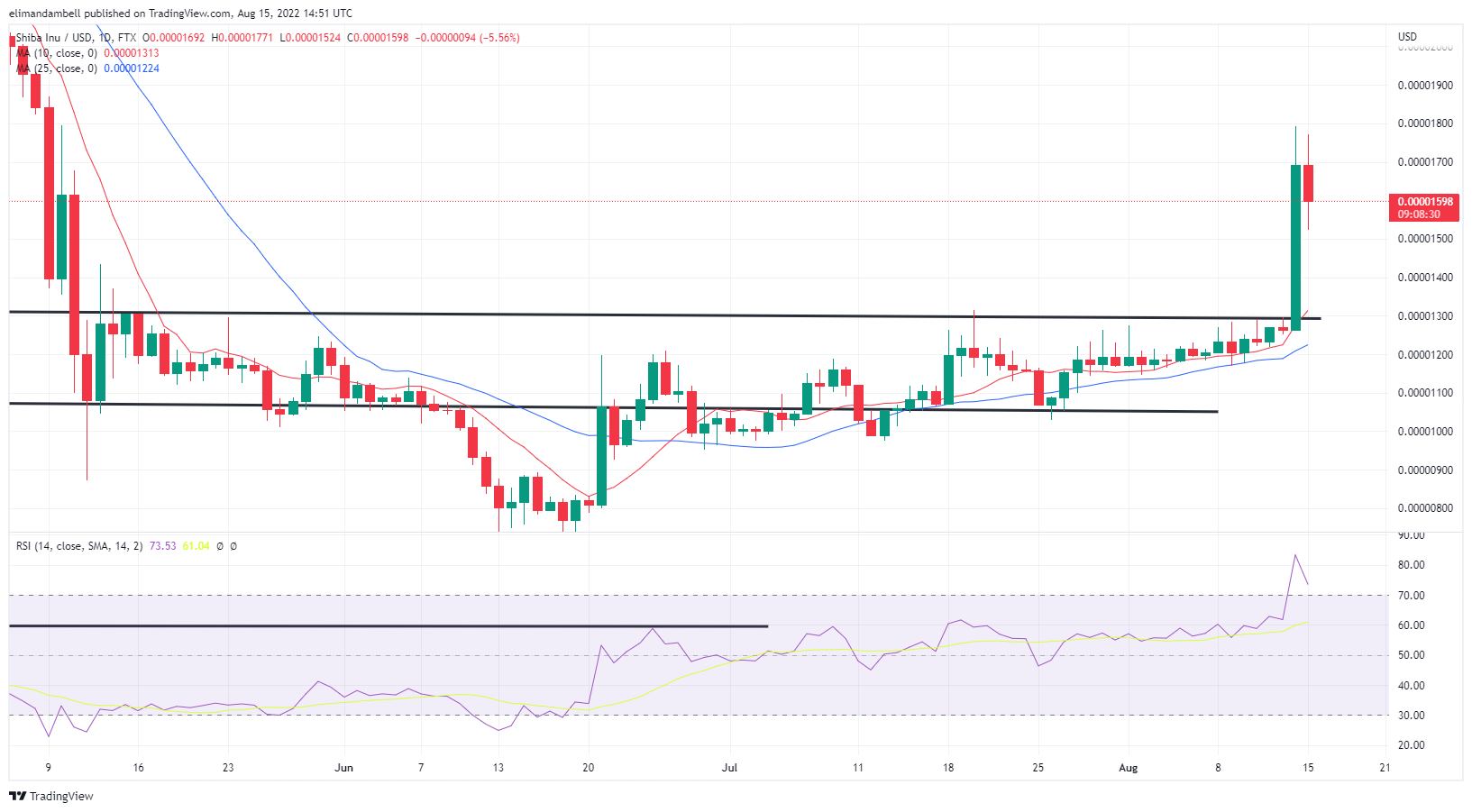 Looking at the chart, this came as the 14-day relative strength index (RSI) rose above its own resistance at 62.40.

After surging above this point, the index hit a high of 83.24, which is its strongest reading since October 2021.

Since this peak, the RSI has moved marginally lower, and as of writing is tracking at a point of 74.18.

Overall, it appears as if SHIB bulls have abandoned their previous positions, as a result of prices becoming overbought.

In addition to SHIB, unus sed leo (LEO) was another big mover in today’s session, with it climbing to its highest point in two weeks.

LEO/USD raced to an intraday high of $5.35 to start this week’s session, as bulls attempted to break a resistance level of $5.40.

Today’s peak comes as the token rose for a fifth consecutive session, and in turn hit its highest point since July 29. 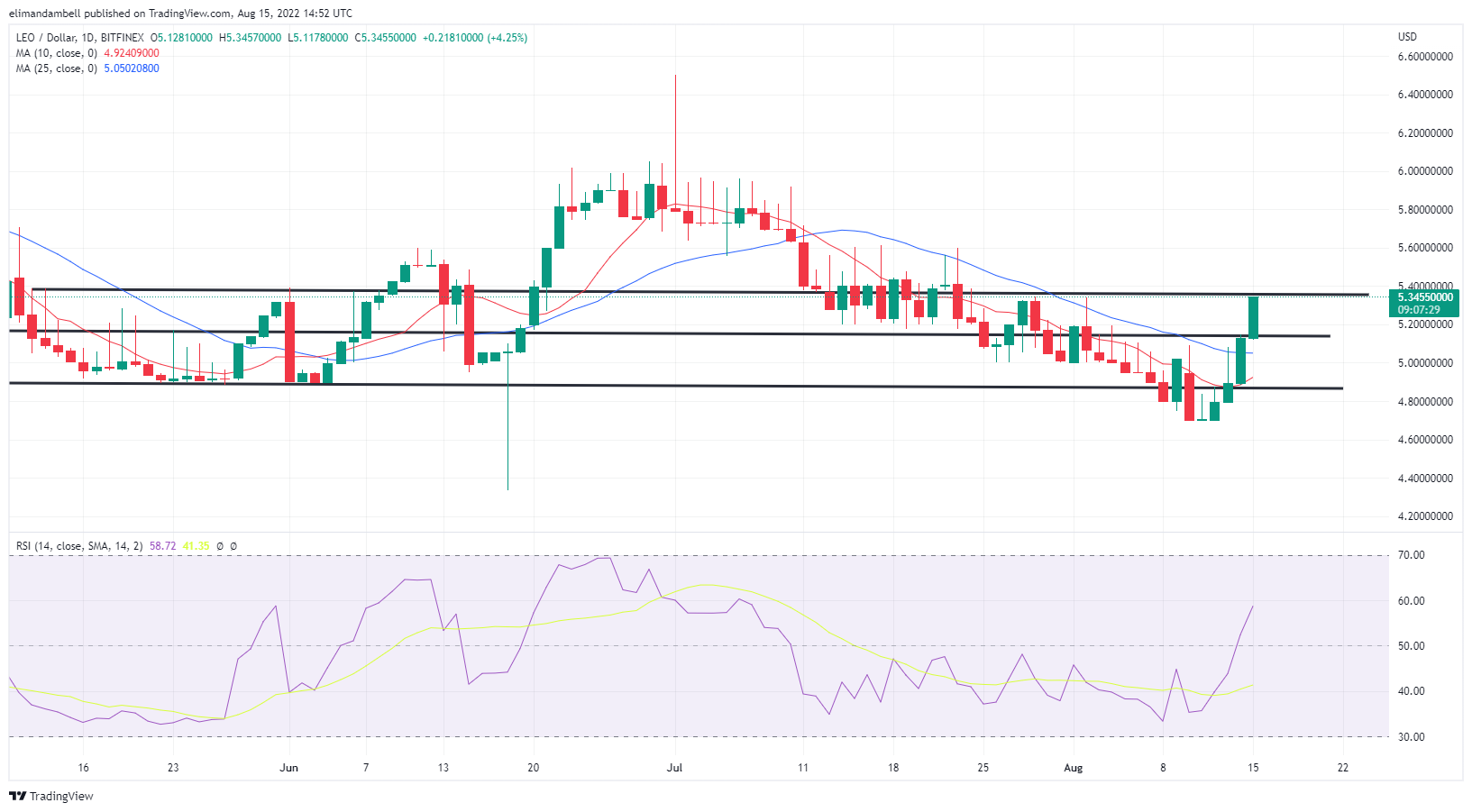 Similar to shiba inu earlier, the RSI indicator on LEO also climbed, moving past its own ceiling of 48.90.

As of writing, the index is now tracking at a peak of 58.72, which is its highest level since July 7.

Should bulls attempt to break the $5.40 point, then price strength will need to continue to climb, and move beyond the 60 mark.