MATIC moved back into the cryptocurrency top 20 on Thursday, as prices rose by over 25% in today’s session. The token replaced FTT, which entered the list following declines in MATIC on Wednesday. ATOM also rose today, hitting a 12-day high in the process.

MATIC was one of the standout movers in crypto markets on Thursday, as the token re-entered the top-20 list.

This move saw MATIC become the world’s 18th largest cryptocurrency by market capitalization, all while hitting an 11-day peak. 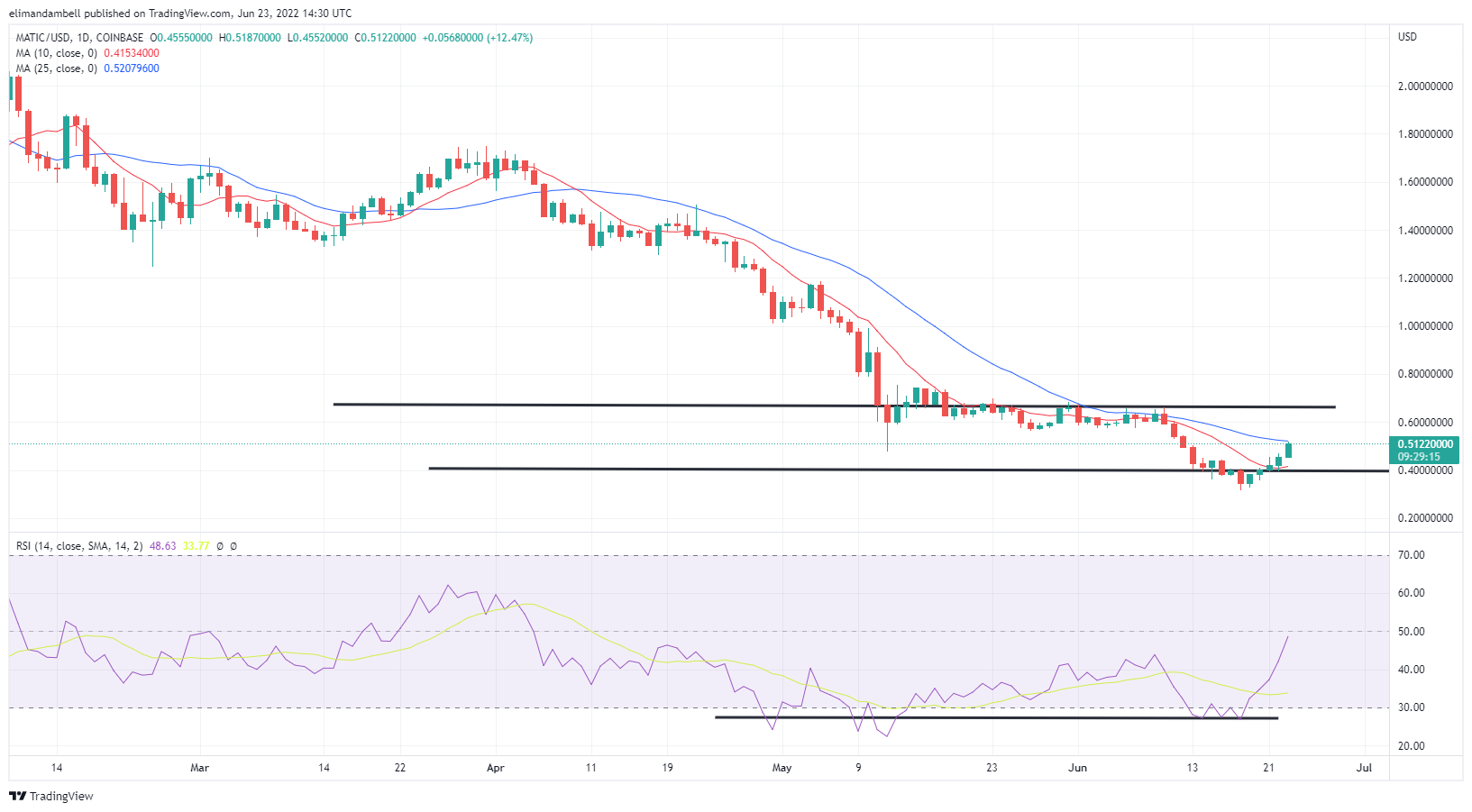 Despite these gains, it appears that bulls are looking towards the ceiling of $0.6650 as the next price target.

Overall, MATIC has risen by over 25% in today’s session, with its seven-day average now nearing a 30% increase.

In addition to this, the 14-day RSI is tracking at its highest point in over three months, after hitting a high of 48.64 earlier today.

All in all, sentiment seems to be firmly bullish in the short-term, however traders will see if this matures into the mid-term.

ATOM also rose to an 11-day high on Thursday, as prices rose for a fifth consecutive session.

Following a breakout of its floor at $5.50 last week, which saw prices hit their lowest point since January 2021, ATOM bulls re-entered the market with full force.

As a result of this short-term rise in bullish sentiment, ATOM/USD rose to an intraday peak of $7.73 earlier today. 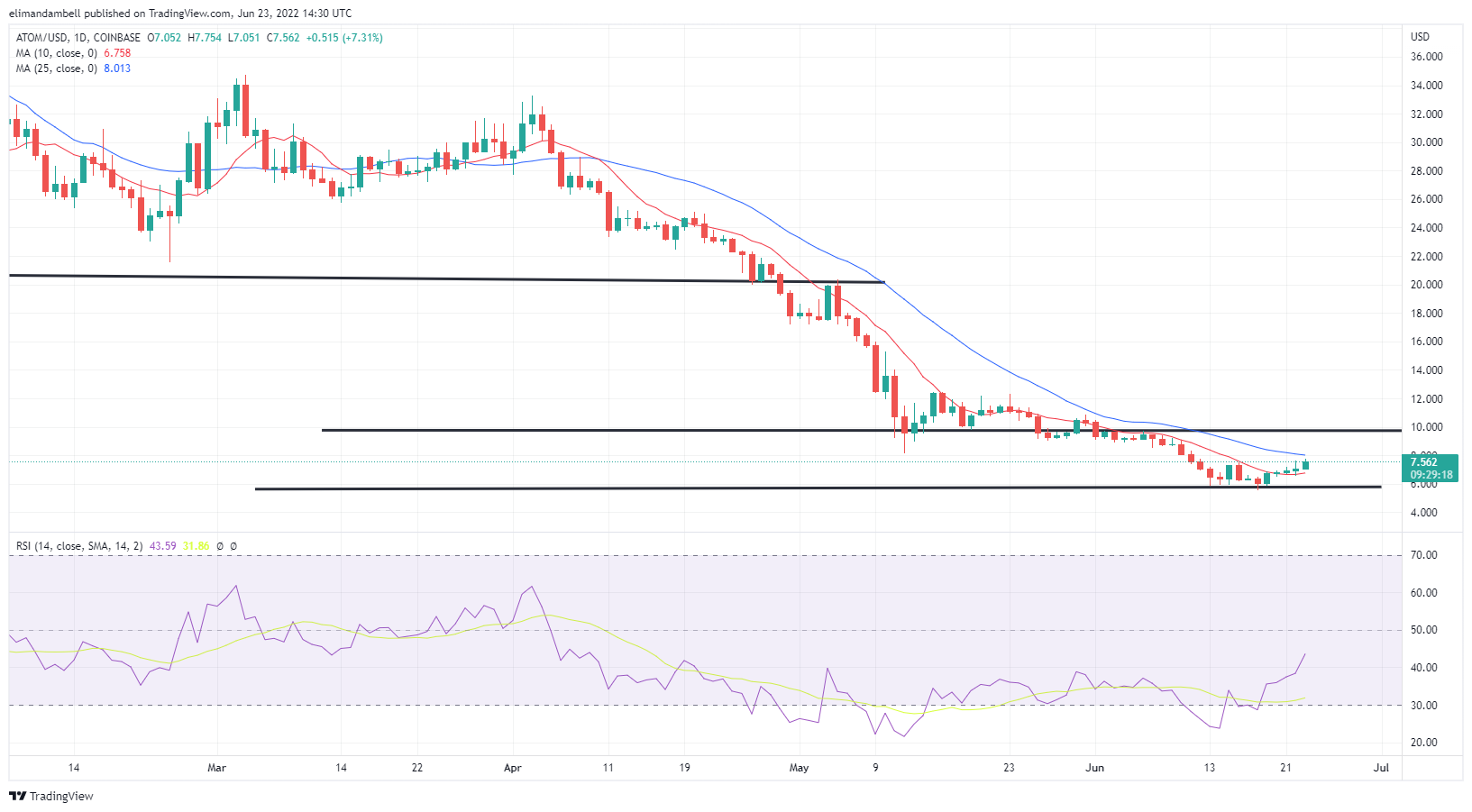 This gain means prices are now trading nearly 12% higher than yesterday’s lows, sending them to their most valuable level since June 12.

Looking at the chart, this uptake in momentum has meant that the moving average of ten days is now nearing a potential cross with that of the 25-day SMA.

Should this occur, then we will likely see prices not only reach, but breakout of, resistance at $10.